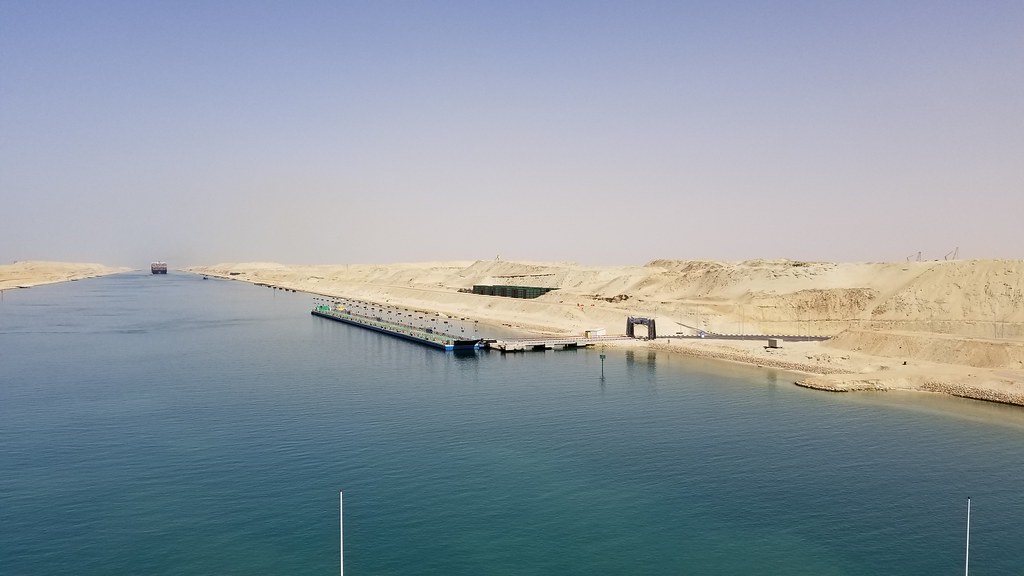 Egypt to Lengthen the Suez Canal


Finally, some good news about the Suez Canal! After Ever Given got stuck here a little while ago, the words ‘Suez Canal’ haven’t exactly brought positive thoughts, but it seems that Egypt has plans to change this. On 15th February 2022, Suez Canal Authority Chairman Osama Rabie announced that Egypt is working to improve the canal by making an additional 10 kilometers available to two-way traffic, while also widening and deepening another 30 kilometers.

What Do the Improvements Involve?

The first phase of the project will be making 10km of the canal accessible to two-way traffic. Once this has been done, the second phase of the project will begin. This involves widening a 30km portion of the Suez Canal that extends South to the mouth of the canal. This will be achieved by excavating 40 meters out of its eastern side. This portion, which happens to be where the Ever Given was stuck, will also be deepened by six feet. The entire project is estimated to cost the equivalent of around $190 million and is expected to be completed and inaugurated by the end of June 2023.

How Will the Improvements Help Shipping?

This expansion was only due to start in January of this year (2022), but it actually began sooner after the Ever Given accident. Once complete, the improvements to the Suez Canal will make it safer for ships to pass through, while the time to pass will still be about 11 hours. The wider canal will also accommodate the increasing sizes of global container ships over the years, as this has always been a difficult portion of the canal for them to pass. The widening and deepening are also expected to smooth out the bends of the canal at this certain point, as well as reducing the impact of southerly winds.

Separately, Rabie told CNBC Arabia that the SCA was is considering listing the shares of some of the companies it owns on Egypt’s stock exchange, and that it expected to sell 20% stakes in two or three, those being Canal Rope, Canal Harbor and Great Projects.

Developments like this are very exciting and much-needed to make for safer, easier transit of goods via the ocean. We look forward to monitoring the developments and to see the difference these improvements make!