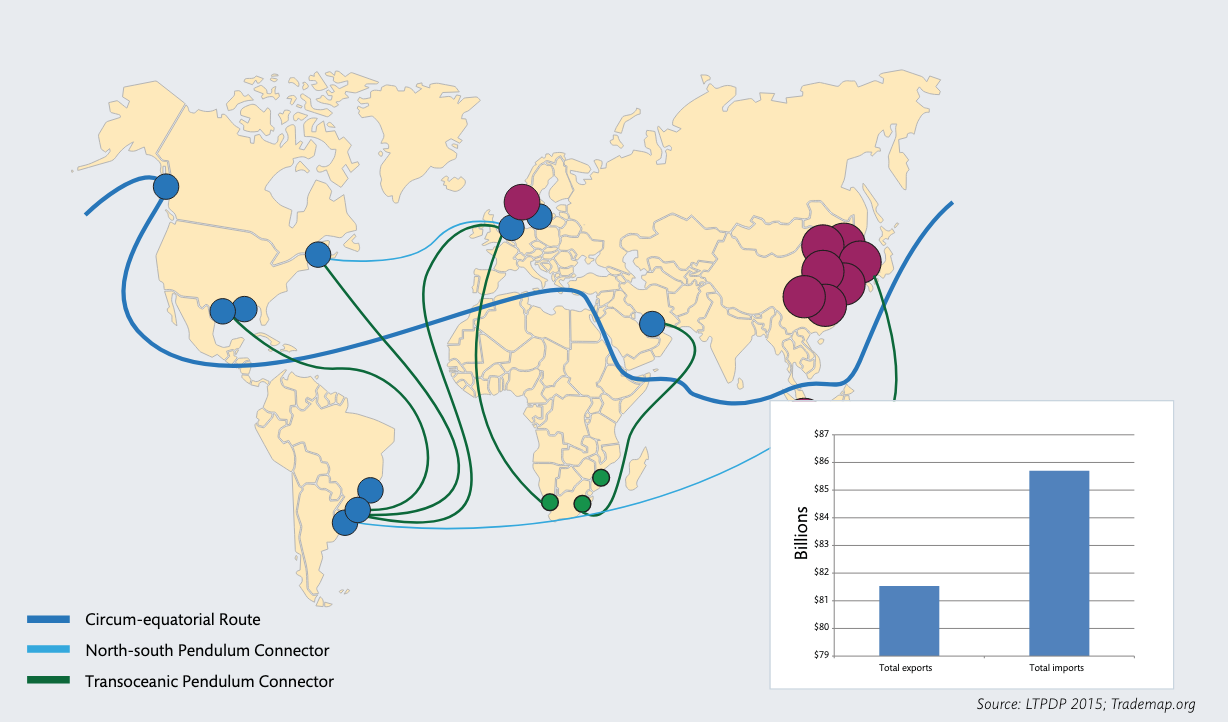 The South African government has prioritized the accelerations of interventions in the maritime sector in an effort to drive transformation and unlock the potential of the South African oceans economy.

What is the Ocean Economy?

Good question! According to the OECD, the ocean economy is defined as the sum of the economic activities of ocean-based industries, together with the assets, goods and services provided by maritime ecosystems. With more than 90% of global trade using sea routes and as a source of jobs for millions of people, the ocean is vital to the global economy and South Africa’s economy.

What does South Africa Hope to Achieve?


The South African government has big plans for the Oceans Economy under Operation Phakisa. Through this priority program, they aim to grow the Ocean Economy’s contribution to the country’s GDP to 129-177 billion by 2033. This is some 250% to 300% of its present value and is expected to provide up to one million new jobs.

How Do They Plan to Achieve This?

“Enhancing our ship registration framework remains at the centre of our efforts not only to grow our shipping industry, but to transform the sector such that it makes a meaningful contribution to broadening economic participation,” Minister of Transport, Fikile Mbalula.

“Coastal shipping occupies centre stage as an intervention not only to aggressively enhance the oceans economy, but also to create jobs. This will be realised by creating a captive market for South Africans where regulation will determine what categories of goods should only be moved by sea.

“Similarly, South African vessels would be given preference to move cargo from one domestic port to the next, a move that could trigger growth of merchants and create new industries,” the Minister said.

Skills development will also be a kay factor to achieving the goals set, with a specific focus on maritime as an immediate priority that should be supported by both private and public sectors.

“A number of institutions of higher learning offer courses on maritime studies and young people must be exposed to maritime at school level in order to take full advantage of career opportunities in the sector. We similarly encourage both government and private companies to send their students to the World Maritime University and the International Maritime Law Institute – these being International Maritime Organisation (IMO) institutions,” Mbalula explains.

We look forward to seeing South Africa’s maritime industry grow, and watch them sustainably unlock the potential of the Ocean Economy to help grow the country. .