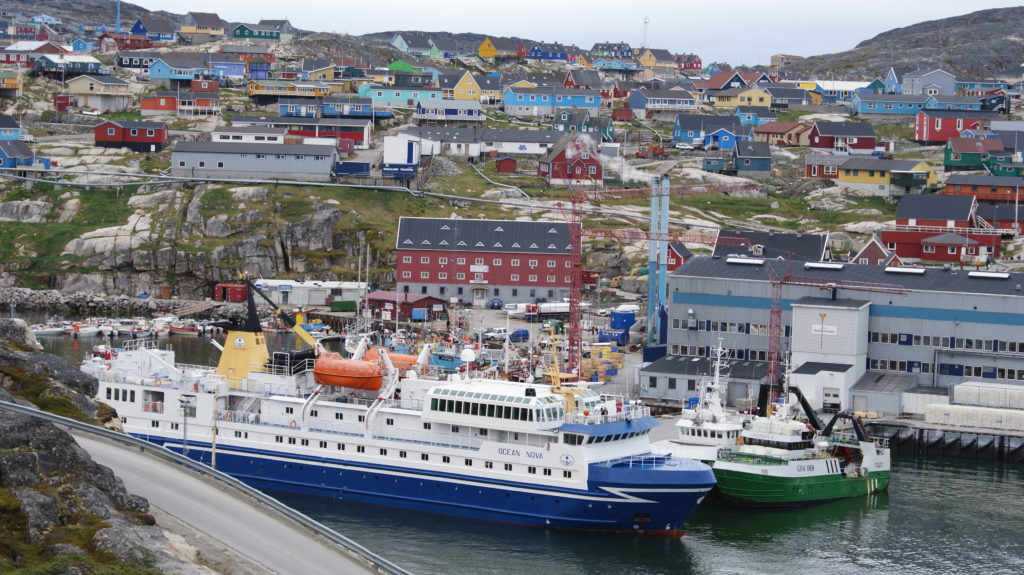 Since the first settlers arrived, the ocean and Greenland’s maritime activities have been and remain a big part of the livelihood of this country. We’re taking a closer look at the maritime history of Greenland up to where it is today.

Did you know that the first people to set foot in Greenland did so around 5000 years ago? They came from North America and reached Greenland via Canada when the sea froze and created a narrow strait. The Norse and Viking populations also called Greenland home for a while. Greenland’s population today is descended from the last Inuit immigration. To survive in the harsh, cold climates, the Inuit cultures developed essential tools that have been refined over generations, and many of these are still used today. This includes the gajaq, or Greenlandic sea kayak, which is still used today to catch food from the sea. Small ports were created in various good locations to allow people to easily get into and out of the water.

With sea travel being one of the most popular ways to get around Greenland, and from Greenland to close neighboring countries, developing ports that made this easy was essential and done early on. Transporting products was also important, as the cold climate in Greenland means that they do need to get supplies from other, warmer countries. As importing and exporting of goods grew, so did the ports in order to be able to handle larger ships. Finally, cruise liners were heading to this country, and cruise terminals were added to select ports.

Looking to the future

In recent years it has become common knowledge that there is great mineral potential in the Arctic. The US Geological Survey (USGS) estimates that 13% of the world’s conventional oil resources and 30% of the world’s conventional natural gas resources are located here. Mining and drilling activities in and around Greenland are expected to increase over the next few years, which will make shipping regulations very important. In order to avoid areas where extractions and research are taking place, we might also see new shipping routes starting to emerge. Exploration of the Arctic and the animal and marine life in the area also remains popular, and this is expected to continue.

Ports and shipping in Greenland are quite unique, and they face their own challenges and look forward to some great opportunities in the future.

Contact us for any underwater maintenance inquiries you may have in Greenland!