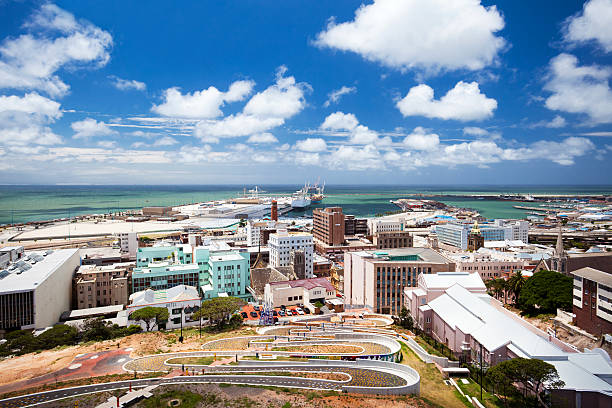 Located in the Eastern Cape province, Port Elizabeth, fondly known by locals and P.E.,  is a lovely part of South Africa, and plays a role in the country’s shipping activities. We get to know this part of the country and its port a little better by sharing some fast facts.

1.The area of PE was first visited back in 1482 by the Portuguese. It remained in their hands for about 100 years and was a vital harbour for outbound ships on the Cape route to India. The city was then founded in 1820 by Sir Rufane Shaw Donkin, who named the town after his deceased wife, Elizabeth.

2. Being located on the Algoa Bay in South Africa means one thing – gorgeous beaches! Port Elizabeth has an amazing 40km of unspoiled coastline that is predominantly made up of incredible beaches with soft sand and warm water. Scuba diving, surfing, fishing, snorkeling and sailing are popular activities for residents and visitors.

3. After the British settlers arrived in Port Elizabeth, the harbour achieved port status in 1825. A surfboat service was provided in 1836 for the handling of passengers and cargo, and the port’s first jetty was constructed in 1837. By 1877, Port Elizabeth had become one of the main ports in South Africa, with annual exports at the time valued at the equivalent of R6 million today.

4. With the motor industry being a vital industry for the Eastern Cape, the port in port Elizabeth plays a large role in the importing and exporting of vehicles and boasts a large open area car terminal on the Charl Malan Quay. Other fundamental products handled at this port are manganese ore and petroleum products.

5. The port of Port Elizabeth is a congestion-free port, which allows it to maintain high cargo handling rates, great service, and quick and efficient ship turnaround. The port is able to handle bulk liquid, dry bulk, general cargo, and container cargo, and passenger ships normally make use of one of the fruit terminal berths.

For several hundred years after the Portuguese discovered the area of Port Elizabeth, the area was noted in navigation charts as “landing place with fresh water” and it is now one of South Africa’s great ports. We look forward to seeing what’s next at this port and how it adapts to the ‘new normal’.

If you have any facts to add to our story or photos to share, feel free to contact us!