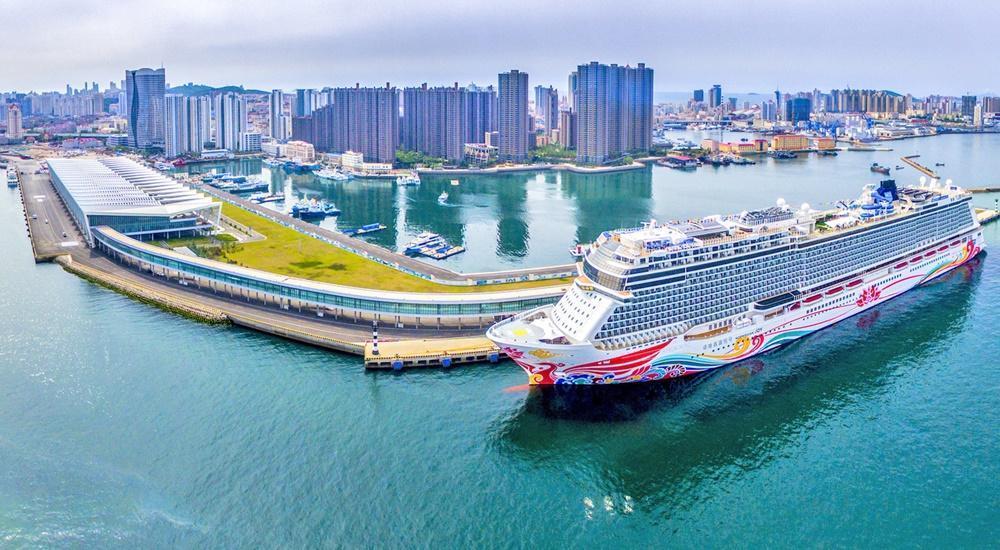 China, a central hub of shipping in the world, boasts some most impressive ports. In this blog we’re introducing you to one such port – Qingdao Port – with some interesting fast facts.

The Port is located between the Bohai Rim port region and the Yangtze River Delta port region in China, and occupies a central position amongst ports in Northeast Asia. This port plays an important role in transportation into the West Pacific and is one of the most comprehensive ports globally.

Qingdao Port is one of the ten busiest ports in the world, and occupied the 7th position in 2019 based on total cargo volume. It is divided into four large areas,  so large in fact that they are often referred to as different ports. These are the Dagang port area, the Qianwan port area, the Huangdong oil port (for oil tankers) and the new Dongjiakou port area.

Qingdao Port is a natural harbour and is open all year round for large vessels. The port is also a cultural centre with several important universities, and a major centre for marine sciences and technology. The city of Qingdao is part of a Special Economic and Technology Development Zone, which supports the city’s growth with secondary and tertiary industries, and the port itself provides a lot of jobs and plays a big role in supporting the local economy that thrives on international trade and foreign investment.

It is believed that humans have occupied the area of Qingdao Port for over 6 000 years. Before the 17th Century, Qingdao Port was not much more than a fishing village, but fortifications were made under the Qing Dynasty in 1891. The German Navy took control of the port in 1898 and transformed it into an important port and based their Far East Squadron here where their ships could operate throughout the Pacific Region. Qingdao Port returned to Chinese rule in 1922, and today it is an important manufacturing centre.

In mid-2020, the Dongjiakou port area was officially opened and is said to save around $14.2 million a year in logistics costs for companies based in and around it. This port area will be multipurpose but will mainly be used for importing and exporting bulk cargo.

Should you have a need for underwater maintenance services at Qingdao Port, feel free to contact us to discuss.